Hi ! Welcome back to my page ❤ After 4 days being confused, now I finally figure out everything about what’s the hidden message behind BTS (방탄소년단) LOVE YOURSELF Highlight Reel ‘轉’.

I found this theory from an Army on Twitter ( @94hobi ). I don’t know the truth of his/her theory but, its kinda perfect sense I thought. Ok, lets begin guys 🙂

The girls with the boys are NOT real. They are just the representation of their pair, YoonKook (Yoongi – Jungkook), NamTae (Namjoon – Taehyung), JiHope (Jimin – Hoseok), and Jin is the center of it.

Jungkook always tried to make Yoongi stop smoking. When they fight (in run), Jungkook gets into an accident and need a donor. Then Yoongi gets the call from one of the boys and rushes to hospital (Jungkook’s representation tries to stop him but he just goes). That’s why in the poster he is at the hospital. Yoongi becomes the donor but doesn’t resist and dies. Jungkook only gets to know after he is all recovered.

The girl with Tae is the representation of Namjoon. Before all of this, Namjoon hides from everyone that Tae’s father killer is him. Taehyung, who was saved by Namjoon goes to jail alone, protecting him. That’s why he wants to make a call for Namjoon, who can’t pick up. The girl with Namjoon is the representation of Taehyung, who was his closest friend. But now Namjoon just can’t face Tae (always looking at your back) because he is not brave enough for this.

The girl with Hoseok and Jimin is the representation of Jimin, not Hoseok. Hoseok’s quote was “if you can shine I am alright“. He is selfless but Jimin is self-centered because he is just too sick mentally. He can’t stop focusing on himself and how he is not good enough. Jimin then tries to kill himself. That’s why he and the girl falls on the floor. Then Hoseok tries to save Jimin running with him on the rain. That’s why Jimin is ALWAYS wet. He died on Hoseok’s back on the way to hospital. He turning his back on the rain means he gave up on himself.

Jin – the center of all this

Now Jin is the center of all this. That’s why on the notes, he never mentions the girls but only the boys. Because they are all of him. The girl getting hit and he is using the same clothes as I Need You. When he is holding the petals is the moment his whole world fell down.

Tae was in jail. Namjoon disappeared, Jimin commites suicide, Hoseok does too but with his pills later, Yoongi dies for Jungkook because he felt guilty.

Jin saw all of this happening with his friends. That’s why he wants to go back in time, to save them all.

UPDATE !!
Well guys, today is 19th August. Big Hit released the 4th video, BTS (방탄소년단) LOVE YOURSELF Highlight Reel ‘起承轉結’ . In this video, Big Hit pieces it together (from part 1-3) and explains everything, starts at the eleventh minute. So I’ll update below, according to a lot of theory I read on my feeds. It’s not from @hobi94 again but another Army’s account. Thought this theory is related to what I’ve been written above, so I’ll share to you below :

Jin’s POV (it starts at the eleventh minute)

If you look closely, there are 6 flowers that fell, as in 6 friends that need help or be picked by Jin. Then he catches the 6 flowers (6 members) before they fall. He saves them this time.

Then Jin’s pile of clothes on the chair represent the times he has tried to go back and change BTS’ destiny, but failed. Jin time traveled many times but failed to fix things. Everytime he wears/take off his sweater, it means he’s traveling in time. How many times he tried to save the members ? Look at that clothes.

Jin’s going to realize that travelling back in time won’t fix everyone’s mistakes and that they’ll have to accept it, and try to be better. So he puts his suit with a cap on and stays home.

So guys, that’s the message BTS wanted to deliver. That no matter what, you need to LOVE YOURSELF above all because that not only saves you, but also saves everyone around you !

For you, who haven’t watch 3 parts of BTS (방탄소년단) LOVE YOURSELF Highlight Reel ‘轉’, I’ll share below : 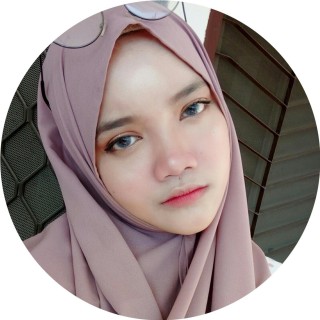